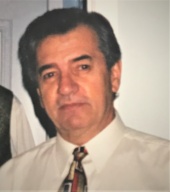 It is with great sadness that we announce the sudden passing of Mr. Luc Levasseur, who passed away on November 3, 2021, at the age of 79.

Son of the late David and the late Marguerite (née Marchand) Levasseur. He is survived by his wife Claire (née Thiffault) of 55 years, his daughter Luce (Patrice Marchand), and son Sylvain (Roxanne Girard). His grandchildren Gabrielle, Jason (Jennifer Turgeon), Megan (Maxime Letendre), Corey (Daphnée Lalonde-Gosselin) as well as his little Lady whom he adored.

According to his wishes, a private funeral was held at the Funeral Co-operative of Ottawa.

The family wishes to express their appreciation to the Ottawa First Responders for their quick response and guidance.

Any sympathy can be expressed by donations to the Ottawa Heart Institute.