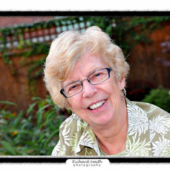 Murielle Smith passed away peacefully surrounded by loved ones on Wednesday June 25, 2014 at the age of 78. She was a devout member of the Order of Les Servantes de Jésus-Marie of Gatineau Quebec, for 37 years. She was the daughter of the late Aldémard Smith and Clarice Smith (Poisson) and the dear sister of the late Donald Smith and the late Lawrence Smith (Laurent) and of Elmer Smith (Jeannine) of Ottawa, Ruth (of the Congregation Of Les Soeurs de l'Assomption de la Ste Vierge of North Bay) and Suzanne of Ottawa, also two sisters-in-law, Jeannette of Gatineau and Lucille of St. Bruno de Montarville. Murielle will be fondly remembered by her nephews and nieces, Patricia (Michael), Richard (Michèle Blais), Michelle (Anna), Marc (Marie-Ève) all of Ottawa, Donald (Lorraine), Michel (Danielle), both of St-Sauveur Quebec, as well as her grand nephews and nieces, Jean-Michel ( Annie), Tanya, Anne, Thomas, Alexandre, Charlotte, Antoni, Mathieu and Samuel. Friends may offer condolences to members of the family at the Church of Sacré-Coeur situated at 591 Cumberland, Ottawa on Wednesday July 2, 2014 from 11:00 a.m. followed by a funeral service at the same Church at 12:00 noon. In memoriam donations to a charity of your choice will be accepted. A heartfelt thank you is extended to the nursing and palliative staff in the neurology department of the Civic Hospital, Ottawa.