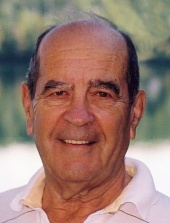 By request, cremation has taken place. Interment and graveside service to be held at a later date at Mount Pleasant Cemetery, Haileybury, Ontario.

Alan was born October 29, 1924 in Cobalt, Ontario where his roots ran deep. Throughout his life, he maintained keen interests in mining, prospecting, mineralogy and economics, and was wondrously connected to the history of Cobalt, its silver mining and its people. Alan shared his knowledge and stories with family and friends over many years. He and Aldine kept a summer home there, at Bass Lake, where they spent each summer after Al retired from the City of Windsor.

Growing up in Cobalt, Alan was known as ‘Sonny’ Smith and held several, long-standing school records for track & field. He worked underground in Cobalt’s silver mines as a teenager, then served in the RCAF through the end of WWII, stationed in Iceland.

He and Aldine married in September 1956, eventually settling in Windsor, Ontario. Alan earned a degree in Civil Engineering from Wayne State University in Detroit, Michigan and a P.Eng. certification in the Province of Ontario. He was active in professional societies including the Michigan Chapter of the American Concrete Institute.

Alan will be remembered as a generous, thoughtful and intelligent man, who valued his family above all else. His ability to connect with people built lasting friendships and community ties wherever he lived, whether Cobalt, Sudbury, Windsor, Detroit, Arnprior or Ottawa. Family and friends, far and wide, will miss having him in our lives, but shall treasure memories of his gentle presence, friendship and generous spirit.

What a lovely photo of your father. It is sad that we could not have been together for a celebration of his life. My sincere condolences on you loss.