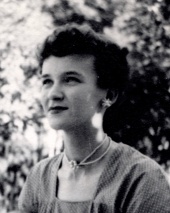 “She left pieces of her life behind her everywhere she went. It’s easier to feel the sunlight without them, she said.”

“Heaven is under our feet as well as over our heads.”
-Henry David Thoreau Walden

Frances Albinati (nee Smith) passed away peacefully on September 4, 2020 in Ottawa, Ontario at the age of 92.

Frances was born July 10, 1928 in Dauphin, Manitoba and grew up in Edmonton, Alberta. She was the fourth of six siblings who, no matter where they were in the world, remained close throughout their lives in celebration and support of one another.

Frances had remarkable physicality: in speed as a runner, deceptively strong muscles (shovelling snow well into her 80s), and graceful beauty. She was an excellent student and Strathcona Senior High School Valedictorian. She married Jack Cameron in 1948 and they had three daughters, Rachel, Leah & Sydney. After Jack’s death, Frances married Albert Albinati in 1968 and their son, Andre Albinati was born. Frances embraced her newly expanded family and gamely embarked on both a life of farming and ranching in Northern Alberta (where she could occasionally be heard yodelling from the barn loft), and ‘big-city condo’ living in Calgary (a consummate, stylish host for a steady stream of friends and family). They later retired to Lac Ste. Anne, or as Frances affectionately named their lake home, ‘Walden West.’ In their later years, Albert and Frances were welcomed to Ottawa to live a happily multi-generational life with family there.

Frances was a wife, sister, mother, aunt, and friend who, throughout her life, amazed those around her with her outstanding creative ability as a homemaker, gourmet cook, entertainer and seamstress. She nurtured connections with people – from “little persons” (the Smith family’s reference to children), to peers, to seniors she visited through church outreach; recognizing the beauty in the world and acknowledging joy through her trademark exclamation - “Wheeeee!”

In her heart she was a poet, a beatnik, a bohemian – Madame Butterfly the soundtrack of her life.

A special thank you to the residents and care giving staff at Extendicare-Medex. In lieu of flowers, donations are encouraged to Reaching New Heights, a fundraiser for Frances’ grandson, Hollis, to help support his mobility and independence. Condolences may be made at the Funeral Cooperative of Ottawa.

“Because I could not stop for Death –

He kindly stopped for me –

The Carriage held but just Ourselves –

We slowly drove – He knew no haste

And I had put away

My labor and my leisure too,

Our deepest sympathies. Your Dad’s and Mum’s legacies will be the memories of their loving and caring lives and how they loved their children and grandchildren.

A big hug from Susan and me,

I am so grateful I got to meet and have an enlightening conversation with Frances (at a barbecue in your backyard). Thank you, Andre, for making sure I connected with her! A lovely and amazing person, with the wisdom of years of living life to the fullest... A beautiful obituary, too. I am sure you all will miss the grand-parents living downstairs, but will carry them in your hearts. Our condolences and best wishes, love Carolyn and John

Dear Andre, Corianne and Angus,
We are sending you our love at this difficult time. I am so very sorry for the loss of your beautiful Mom, Mother-in-Law and Grandmother.
Erin & Ken
xoxo

It was a blessing to have met and known Fran. She was classy and witty and spoke with such poise. Listening to her tell stories and share experiences of her life lessons was so enjoyable. Then of course there was her cooking - flavours that inspired. She has left a legacy in her children and grandchildren and for this we are grateful. May you continue to celebrate her life in yours.

I have always felt such admiration for this amazing and queenly lady! Such sweetness, and strength, elegance and poise, distinction and artfulness, wisdom and discernment, gentleness and firmness, and peace, joy and love all combined to make one delightful and remarkable woman.
To me, Fran portrayed the contentment of someone who has allowed the experiences of life to mould and shape her, resulting in her ability to accept each new day in such a positive way.
We shared the bond of motherhood and I always felt blessed by our visits and her thoughtful words. Her literary skills were unsurpassed and all cards and letters written by Fran are definitely worth saving. She was also a very gracious host.
Fran truly made the world a better place and was a model for others to follow. Seeing her legacy being lived out in the lives of her family is so fulfilling.
How fitting that she should join her dear husband in a well deserved rest. We wish we could join you in the celebration of her life and all its accomplishments. May you all be at peace.
Heaven’s Blessings and Comfort,
David and Annabelle Bell

It was such a privilege to know Fran. She had a way of making you feel completely comfortable being yourself in her presence, but at the same time she inspired you to be a better version of yourself. She was elegant, poised, caring beyond words, thoughtful, witty, and let's be honest, she had amazing hair. What a legacy she has left behind with so many beautiful memories to cherish. May God comfort you all during this time and please know that my love, thoughts, and prayers are always with you.

Sending you our condolensnces on this sad passing. Frances sounds like an amazing person who leaves a wonderful legacy in children and grandchildren. Wishing peace today. xo Kathy and Richard