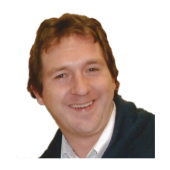 ‘Generous of spirit and kind of heart’.   These words best describe Geoff who passed away with both his parents at his side on 2 June 2020.  Left to mourn are his family, his partner and friends who loved him and were beloved by him.

Born on 14 July 1981, Geoff was a source of joy to his partner Sarah Sonnenberg, his Dad – Doug Whyte (and his wife, Caryn Brown and her children Krista (husband Matt, and children Cody and Emma) and Jack, and his Mom – Paulette Dozois. For most of his life, he was closely followed around by his younger sister Elizabeth (partner, Todd Richardson – who was Geoff’s friend first!!).

Also left to mourn are his grandfather (Pipi) Lawrence Dozois in Sarnia and his aunt, Elaine Dozois (Jim Macmillan), and his cousins Andraya and Kyle and their four children respectively.  His uncle Paul in Vancouver will miss Geoff – a fellow sci fi fiction lover.  Here in Ottawa, Aunt Marie Theresa and Uncle Sikander and their children David, Claire and Adam were all very close to Geoff.  Nearby, Uncle Bart (Debbie) and his many loved Whyte cousins, Kim and Krysta, John and Jennifer, Craig, Michelle and Tracy.Geoffrey loved all parts of his extended family and enjoyed their visits.  One cannot say enough about all of Geoffrey’s friends – who from his days at Devonshire, Fisher and Glebe – and on Irving Ave. to his present gaming days, were such an important part of his life.

Many neighbours in our tight community of Hintonburg knew Geoff well from his regular jaunts along our Main Street.

As a young child, he was passionate about dinosaurs, and he was an early voracious reader. Geoff experienced many troubles throughout his young life starting with many learning disabilities at school and mental health issues starting in his teen years.  Despite these struggles he maintained a generous and friendly spirit.  He was often described as a ‘round hole trying to fit into a square peg’, i.e.: he often did the unexpected – even maintaining his Maple Leafs fandom in a sea of Senator fans.

We are thankful to Civic Hospital staff and Dr. Rice for their excellent care of Geoff in these difficult past weeks.  A celebration of life will happen later this summer we hope.

Donations in lieu of flowers can be made to the Parkdale Food Centre in his name.

There are no words to offer the parents who have lost their child. I can only offer my deepest sympathies to you both. Geoffrey was always a cool kid full of love and passion and brought smiles to so many. I will truly miss him. Please take care.

I have been thinking of you since I heard the news. I want to offer my sincere sympathies to you and the family at this difficult time. I hope you find some solace in remembering the joys and good times spent with him and family.

I am brokenhearted to learn this very sad news, and am sending all of ou my deepest condolences. I hope that your good memories of Geoff, of which there seem to be many, will provide you some comfort in the days and months to come.

Such sad news. I have no words. Sheila and I have been thinking of you since we learned of it, and wishing you and your families some comfort in your loss, and healing with time.

My husband Joel and I offer our deepest condolences to all of you at this difficult time.