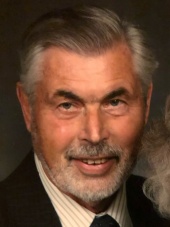 Helmut passed away peacefully on Monday October 21, 2019 at the age of 88 years. Helmut was born in Datteln, Germany on November 5, 1930. He immigrated to Canada in 1957 and worked as an upholsterer and later taught at Highland Park High School. Shortly after immigrating to his hometown sweetheart to join him in Canada to explore the country for a few years. They never ended up returning to Germany and recently celebrated 61 years later of marriage.
Helmut is survived by his wife, Gretchen, his daughter Petra (Thomas), his Markus (Mary) and daughter Karen (Frank). He was also blessed with six grandchildren of whom he was very proud; Mattias, Kirstin, Andreas, Liam, Marco and Kira.
A special thank you to The Mathieu Froment-Savois House, where he spent his last days in the care of amazing staff and volunteers. Funeral will be held at the St. Albertus Church, 416 Parkdale Ave, on Saturday October 26 at 10 am followed by a short reception at the church and lunch at 1:00 pm at Chateaux Symmes in Aylmer.
In lieu of flowers, donations to La Maison Mathieu Froment-Savois at  www.mmfs.org  are greatly appreciated.