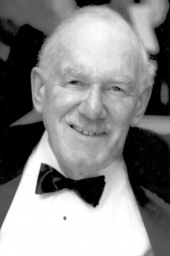 Jaime died peacefully at home in Ottawa at the age of 87. He was a gentle and astute man; a loving husband, father and grandfather; a lawyer and community leader; a wonderful singer, dedicated crossword solver and keen duplicate bridge player; and a reluctant gardener but a motivated baker. We will miss him very much.

Jaime was a meticulous corporate lawyer who left his mark on Montreal’s legal landscape. After graduating from St. Andrew’s College and obtaining undergraduate and law degrees at McGill, he was called to the Bar in 1957 and worked at Lafleur Brown and in the legal department at Canadian International Paper Company until 1965 when he joined the firm that became Dunton Rainville LLP. Jaime remained at Dunton Rainville for thirty years. Even after he retired in 1995, he continued to do some work for long-term clients.

Jaime and Sooky married in 1978 and were together for 42 years. They provided a great model of a loving partnership to their children and grandchildren.   Their marriage brought out the best in both of them.

Throughout his life, Jaime made his community a better place. He had a wide range of interests and hobbies and a talent for organization. At university, he was president of the McGill Choral Society and editor-in-chief of Old McGill. He was a founding member of the St. Lawrence Choir, and president of the Mount Stephen Club. He played tennis and sailed at the St. Lawrence Yacht Club, skied and played golf at Owl’s Head, and in the last few years developed a passion for lawn bowling. After Jaime retired, he and Sooky took up full-time residence in the Eastern Townships, and he was elected mayor of Hatley, Quebec from 1996 to 2003. He later became the president of the Unitarian Universalist Church of North Hatley. Jaime assumed a leadership role in the Canadian Unitarian Council after he and Sooky moved to Ottawa and began spending winters in Port Charlotte, Florida.

Jaime was predeceased by his first wife Diane Holmes, his sister Pat Dunton and brother and sister-in-law Rob and Nora Dunton. He was the son of Brunhilde Morphy and Wilson Dunton.

Jaime’s body has been donated to the University of Ottawa. A celebration of his life will be held at the First Unitarian Congregation of Ottawa when circumstances permit.

Memorial donations may be made to Child Haven International (www.childhaven.ca) or the Canadian Unitarian Council (www.CUC.ca).

What a privilege to know Jaime Dunton! He was a gentleman in an age when true gentlemen are rare. He was a model of reason and calm, but fierce in his convictions. All my sympathy to his family.

KIndest thoughts and condolences to you and to all your family,
With all good memories,