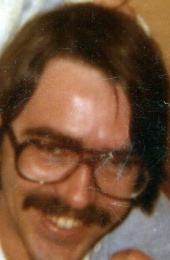 My brother Jim died on the evening of Saturday, February 19th, 2022, of aortic stenosis. He was born in Flete House, Devon, England and spent his first nine years in the nearby city of Plymouth and Yeovil in Somerset, times that I remember as idyllic for both of us. At the age of nine Jim emigrated to Canada with me, our sister Alison and our parents Nancy and Eric.

Jim left home as a teenager, working at first for a patent attorney firm, then at the Department of Manpower and Immigration. He spent time in Uganda helping process East Indian refugees as immigrants to Canada fleeing Idi Amin. Later he went to California to aid in the processing of Vietnamese refugees fleeing the takeover by North Vietnam and hoping to immigrate to our country. His experiences led him into writing daily parliamentary briefings for the Minister. During these early years Jim married and had two sons, Patrick and John, who have grown to be wonderful and talented adults.

Jim's problems with alcohol and gambling started in his teens, and again reared up as his sons began to grow, and Jim's marriage broke down under the chaos that these addictions produced. A few years later he partnered with Dianne Henderson, who bore them a son, Nick, who has likewise grown into a fine and admirable adult, and for a few years life was positive. But that partnership broke down too, as Jim's two addictions sent him again down many dark paths, paths that gradually narrowed and cut him off from his families.

Despite the tragic arc of Jim's life, many of us have memories of his best characteristics: his kindness and warmth, his intelligence, his sense of humour, his storytelling abilities, his cooking skills, his insatiable love of reading, and how happy he was to talk about anything, especially politics. As his brother, I am glad that Jim is at peace after many struggles. Our warm thanks to the staff at the Salvation Army, The Ottawa Mission, and the Shepherds of Good Hope at various times in his life, and to those at the Shepherds' residence, The Oaks, who cared for Jim in his final months. If you wish to make a gift in memory of Jim, please consider making a donation to one of these charitable organizations.

A small memorial gathering, probably outdoors, will be held later in the year when weather has improved and pandemic fears have, we hope, been allayed.