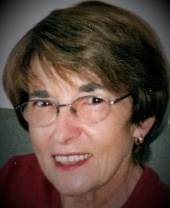 With the passing of (Mary) Lois Baker on Thursday, August 1, 2019, dozens of hearts across the Ottawa-Gatineau region and beyond have been left bruised, if not broken. Less than 24 hours before she was due to be discharged from the Queensway Carleton Hospital, to which she had been admitted July 7 for a fall-induced hip fracture, Lois suffered a massive stroke and cardiac arrest. Her death was mercifully quick and painless. Just weeks before, she had celebrated her 85th birthday with a big party, at which she radiated joy and delight.

Born in a modest farmhouse on July 3, 1934 in Wakefield, Quebec, to Ken McClinton (Wakefield, QC) and Mary Agnes Tracey (Quyon, QC), Lois moved with her family to Hull in 1940, where she lived until she married Samuel Donald Baker of Ottawa in 1960. The two lived in various places as a young couple, including Ottawa, Pembroke, and Denver. Kelley Tish was born October 21, 1966 and Kimberley Dawn (Boothe) was born September 29, 1969, two months after Sam died of a heart attack on July 14, 1969, at Red Pine Camp, Golden Lake, ON. Sam died a stone’s throw away from where he and Lois had first met and courted in 1958.

Lois is predeceased by her brothers Mervin (1951), Lindsay (2014), and Bryan (2016), as well as sister-in-law Barbara Martin (2019), and is survived by her devoted sisters Betty (Alan Bentley), Frances (John Whelan), and Jean (Al Perley), and sister-in-law Patricia (John Williamson.)

She leaves behind her loving daughters, her much-adored grandchildren, Curtis Samuel Boothe and Samantha Cora Boothe, as well as numerous cherished nephews and nieces, and scores of close friends, many dating back to grade school.

Mourners are invited to gather on Friday, August 9 to mark the passing of this gentle soul, a true child of God. Visitation starts at 11:30 a.m., followed by a service at 1:00, and a reception at 2:00. All will take place at her beloved church, St. Stephen’s Anglican, 930 Watson Street, Ottawa, with parking nearby at 2821 St. Stephen’s Street. The church is wheelchair accessible.

A private interment will be held in the weeks to come at Pinecrest Cemetery, where Lois will finally be reunited with her darling Sam.

In lieu of flowers, donations to the church’s fund to replace its roof will be gratefully accepted on the day as well as anytime on the church’s website. http://www.ststephensottawa.org/

Our thoughts and prayers are with you and your family during this very difficult time.