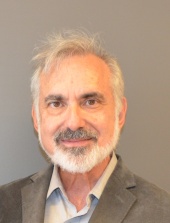 Mark died suddenly on Feb. 3, 2015 at the age of 62. Our beloved Mark will always be remembered for his passion and visionary leadership in building the co-operative movement and spreading the co-op message across the country. Bringing co-op values to life from his early 20s, Mark co-founded the Co-operative Housing Federation of Toronto (CHFT) and contributed to the construction of thousands of co-op housing units. He was a co-founder of Rooftops Canada, served on CHF Canada's board and as its executive director, was a co-founder and long-time president of the Canadian Worker Co-operative Federation (CWCF) and founding member of the Canadian Co-operative Federation. As co-operative development manager with CCA, he worked to expand and create federations of health care, car share and funeral co-operatives, and to promote First Nations, Metis and Inuit co-operatives. Mark dedicated himself with heart and soul to developing the Funeral Co-operative of Ottawa. Among his honours were: CHFC Honorary Life Associate, CMHC Award for Outstanding Contribution to Co-operative Housing, Lifetime Achievement Award from On Co-op, and the Queen's Jubilee Medal. Beyond his achievements, everyone loved Mark  for his gentle and loving nature, generous spirit, sense of humour, and loyalty to those he loved. His passion for social justice started in his high school years. He took a caring and genuine interest in other people's lives and liked to learn something new every day. He was a loving brother, kindred spirit and solid rock of support to his sisters and irreplaceable soul mate to Linda. He will be forever missed by Linda, sisters Lynn and Ann, brother-in law, Alvin, Linda's sisters and families, Alexandra, his close friends, and all who had the good fortune to know and work with him. His funeral will be held Sunday, Feb. 6, 3:00 p.m. at First Unitarian Congregation, 30 Cleary, with interment on Monday at 10:00 a.m. In lieu of flowers, you may wish to support the development of the Funeral Co-operative of Ottawa, www.fco-cpo.coop or the cause of your choice.