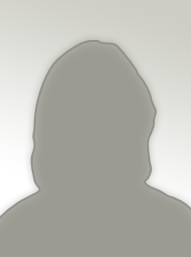 Martha Brooks Stone passed away on November 24, 2019 after several years of health problems.
Born Martha Brooks in Jersey City, New Jersey, she immigrated to Canada with her first husband Leroy Stone after completing studies - a BA in Philosophy at Howard University and a
Master's in Library Science and Information Science at Drexel University in Philadelphia. After working at Health Canada as a librarian, Martha moved to the International Development
Research Center (IDRC) in 1980, initially to serve as Associate Director and Acting Center Librarian in the Information Sciences Division, and then Director, Information Sciences
Division, Director General, Information Sciences and Systems Division, and Senior Advisor to
the President on information and communication sciences.
In 1989-90 Martha represented IDRC on the last National Defense College year-long program of study and travel for senior officers and public servants, designed to immerse them in the range
of issues likely to shape Canada's national and global policy regimes. Legend has it that Martha was something of a troublemaker on the course - the generals of the day did not know what to
make of someone like her. This was also a very personal event for Martha, as she met Ingar Moen, who became her life partner and with whom she traveled the world. After retiring from IDRC in 1996 Martha continued to consult on information and library
sciences and on information policy. Her international development credentials were valued: as a board member and Chair of the International Crops Research Institute for the Semi-Arid Tropics
(ICRISAT), a member of the Governing Board of the Center for Agriculture and Bioscience International (CABI), a Senior Project Advisor with Canadian Society for International Health,
and as Vice-President of the Canadian Commission for UNESCO.
Ingar died in 2006, and after that Martha's activity was curtailed by health and mobility issues. She spent most of her time at Valhalla, the lakeside home in St Pierre de Wakefield that she and
Ingar treasured, with her dogs Loki and Freya. She is survived by her stepsons Martin (Im Sookyung) in Geneva and Kristian in Bristol and step-grandsons Peter and Alan, as well as Ingar's mother Karen in Kelowna.
No funeral by request, Martha was cremated by the Funeral Co-operative of Ottawa, There will be a celebration of her life when circumstances permit.