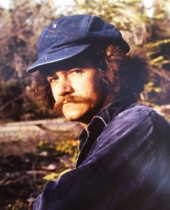 It is with great sadness we announce, that in His infinite wisdom The Lord has called Richard home. Son of the late Milton Martelock & Irene Bailey. He is deeply missed and dearly loved by his sisters, Carolyn (Conrad Wiseman) and Janet Martelock. His Daughter Leigh (with first wife Ann) & Son in Law Gerry and Grandson Joshua (Maya). His Granddaughters, Taylor (Eric) and Mackenzie, and his great grandchildren Jordan and Stella. His son Neville (Darlene) and grandsons Dallas and Marshall. He is also sadly missed by his former brother and sister in law Brian & Jane and his many nieces and nephews. His loss is deeply felt by his many close buddies including Gilles & Elaine, Phil, Judy, Roger & Maryse, and John & Leona.

Richard’s working life was doing what he loved, working on cars as a professional auto mechanic. When he wasn’t under the hood, he could be found playing guitar or in Algonquin Park running the rapids, canoeing the lakes, fishing and admiring the beauty around him with his wife Diana & many other canoeing buddies. His daughter will always treasure the days spent canoeing through the park, and Baron River gorge, although the frog legs offered for supper are not so fondly recalled.

Richard was passionate, he didn’t just take on a hobby, he had to master it. Whether playing guitar, racing model boats, fixing motocross bikes and going to the races, fly fishing, tying 1000s of fly’s for his fishing buddies and charity auctions, or most recently carving wooden spoons. It was obvious to all though, that what he loved most was spending time with his family & friends. He lovingly raised his granddaughter Taylor with whom he shared a deep bond. He cherished the time spent with grandson Jordan, fishing, cooking & making things out of wood scraps, visiting with friends and going to church. He loved every moment spent with Joshua, Mackenzie and Stella and took great pride in their accomplishments. The kids were his greatest joy.

In the last couple years, Richard found his way back to his faith and embraced his Saviour again. As with everything he did, he took this on with great enthusiasm. He made many friends at St Paul Lutheran Church and eagerly attended bible class and church. He was very touched and thankful to all who embraced and welcomed him. He dearly loved his St Paul family.

Richard’s wishes were to be cremated and for a simple farewell. Family and Friends are invited to visitation at St Paul Lutheran Church, 210 Wilbrod Street beginning at 12:30 on Tuesday, July 2rd. Visitation will be followed by a funeral service at 2pm with a reception following, in the church basement.

We want to thank Dr. Lemay & the staff at the Ottawa Heart Institute. In Lieu of flowers, memorial donations to St Paul Lutheran Church or The Boys and Girls Club, are appreciated.

My deepest condolences.
My thoughts are with you and your family in these sad times.
Sylvie