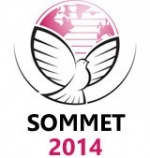 As part of the International Summit of Cooperatives to be held in Quebec City in October 2012, funeral cooperatives, mutual enterprises and democratic organizations the world over working in the funeral sector are invited to a first international meeting.